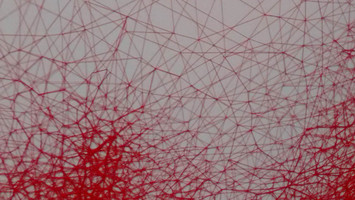 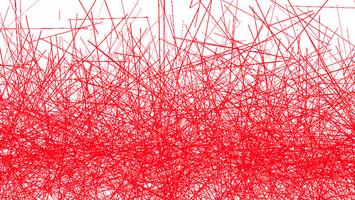 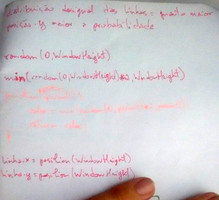 Last year i went to Shiota's exhibit and I got really impressed by her art. I felt in love with all the stuff there, particularly with a blank canvas where she sewed red lines. That work is called Skin. While I was there I wondered: what if I could make that on computer? 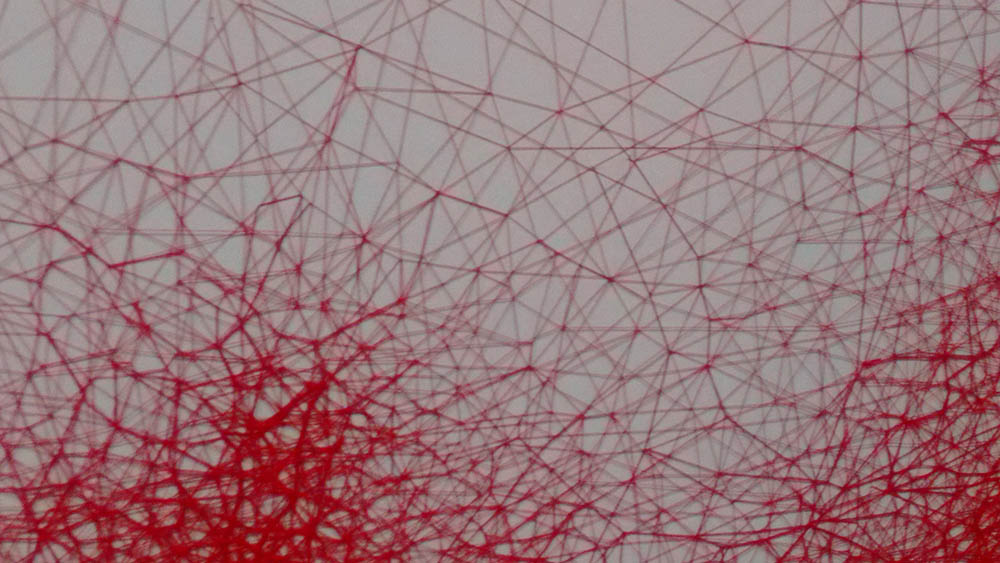 I wrote down some ideas on my small notebook and a small pseudocode I could work with. Using Construct was actually the easy part: got everything kinda working in less than one day. But my code had one flaw: it generated the lines in an uniformely random distribution, so the canvas was getting red instead of half-white/red from what I wanted. I looked up on how I could change that and decided to go through the normal distribution, I felt it was close enough. Then I messed up with some values and finished it. 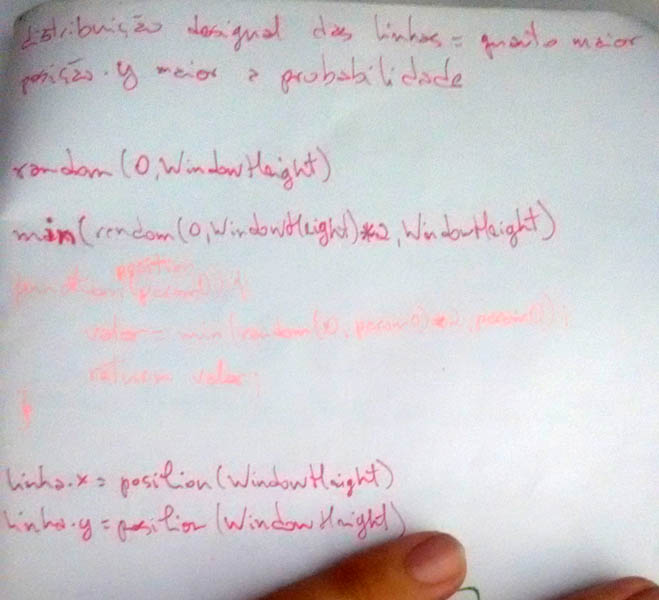 The position of lines is "normal-randomly" based on window height and width, and scales and rotates randomly. A line is created each 0.1 second and after 10*60 seconds no more lines are created. Also this will be my first upload to Decade Jam, so at least one thing I created on this decade. 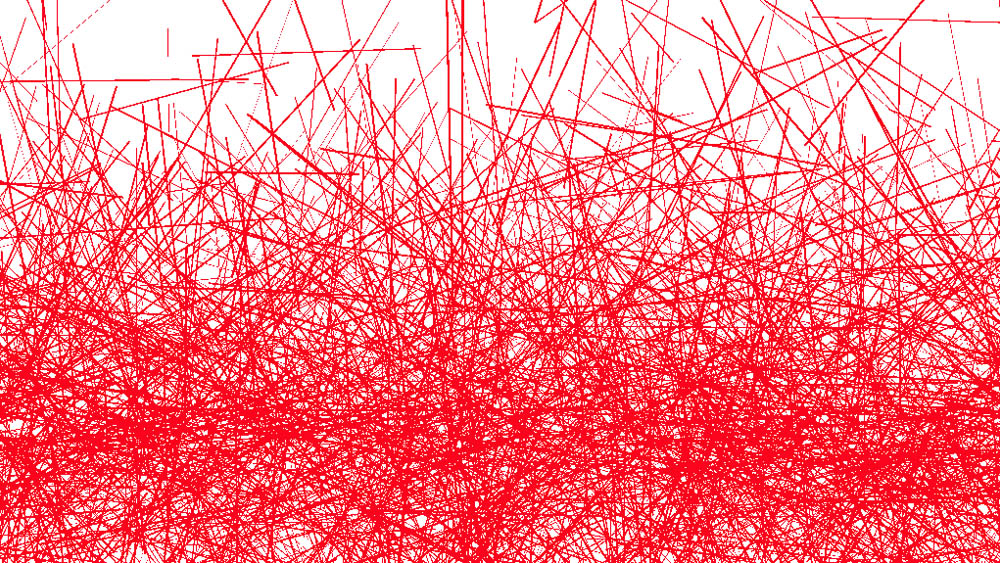